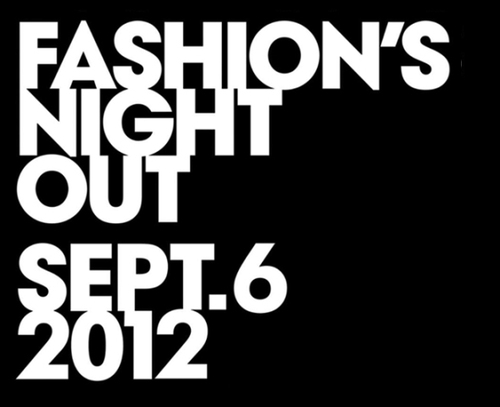 It has been reported that Fashion’s Night Out has been cancelled this year in the US. If you’ve been out for Fashion’s Night Out, then you were probably as disappointed as me to hear the news.  My first thought was, ‘But why?!’ Apparently all of the key players involved (organizers, sponsors, retailers, etc.) decided that it wasn’t the best use of resources. Again I say, but why?!

Fashion’s Night Out started at the worst point of the recession in 2009. The whole idea was get people excited about shopping again. Four years later, it is believed to have become more of an expense than it is worth. They are thinking that the retailers would be better off having year round events rather than one big event that drains their resources.

While I agree with their logic, I am so sad! I only had the opportunity to go once and I had the time of my life. I was at Diane von Furstenberg in the meatpacking district. As I sipped free cocktails, listened to Solange Knowles spin some awesome throwback tracks, and stood less than 10 feet away from Diane herself I thought to myself ‘I cannot wait to do this again next year!’. Now you’re telling me I can’t do it again!

On a real note though, for one night a year, fashionistas like me who aspire to rub elbows with the pretty people get to actually do it. We see why we are working so hard to make something of ourselves. For one night a year we see what it would be like to be at a fabulous event with fabulous people who have similar goals and dreams. Yes, there are other ways to get this same high, but Fashion’s Night Out made it easy.

Well Fashion’s Night Out, hopefully it is see you later and not goodbye. If it is goodbye, thanks for giving me a night I’ll never forget.

Check back for your affordable beauty and fashion fix!