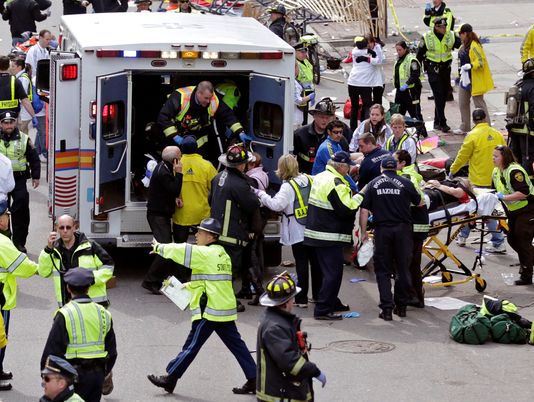 I had a post that I was originally going to publish, but decided that today should be dedicated to Boston. The horrific tragedy that occurred rocked me to my core. Three dead and over 100 people injured. Will we ever see an end to these violent acts?

I went to school in New England so my first thought was all of my friends and sorority sisters who live in and around Boston. Thankfully, no one I knew was injured or effected, but so many people were not as lucky.

As I read the news stories and looked at pictures of the gruesome scene, I wondered what sick individual(s) could have done something so depraved and heartless. Then I had the sadder thought that while these bombings came as a shock, this is the world we live in. A world where we are fearful of the next senseless violent act.

My heart is with Boston. I can only imagine what the people living in and around that city are going through. Pray for them and keep them in your thoughts.