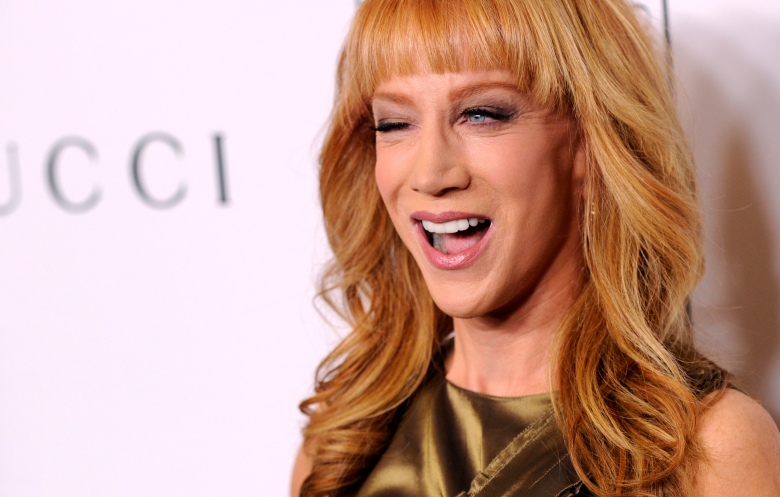 On the heels of Kelly Osbourne’s departure, Kathy Griffin has decided to leave E!’s ‘Fashion Police’ as well. She hosted just seven episodes. To announce her departure Griffin tweeted,  “After 7 episodes of Fashion Police, I discovered that my style does not fit with the creative direction of the show & now it’s time to move on.”

She also added, “I thought that I could bring my brand of humor to Fashion Police so that beautiful people in beautiful dresses could be teased when appropriate. My brand of humor, while unrepentant and unafraid, is all about CONTEXT. There is plenty to make fun of in pop culture without bringing people’s bodies into it.”

With only two hosts left standing (Giuliana Rancic and Brad Goreski), who knows what the fate of the Fashion Police will be? There is no denying that things just have not been the same Joan River’s tragic passing. Maybe at this point it is best to let sleeping dogs lie?

What do YOU think?