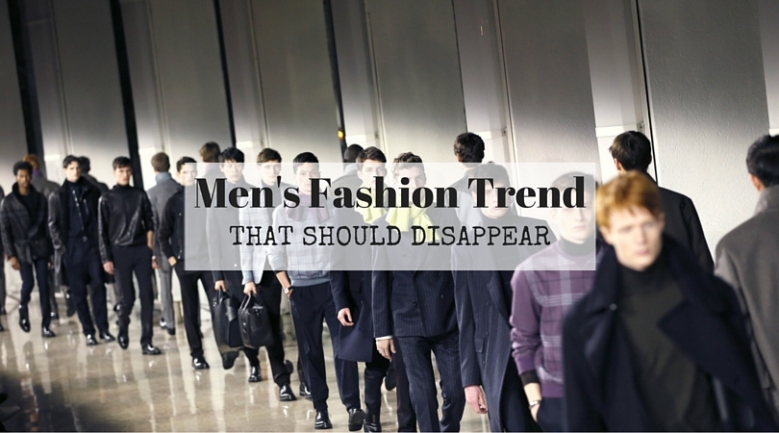 Reader: What’s one trend in men’s fashion you’d like to see disappear?

There are just too many to count, but if there’s one look that I would be happy to never see again it is the hipster look. Don’t hate me! To be clear, I’m not talking about the fashionable hipster guy from Williamsburg with a long full beard, an undercut, a tailored shirt, and wingtip oxfords. I can fully appreciate that downtown look and quite frankly I like it! Don’t tell anyone, but even the man bun is growing on me. I’m talking about the guy with the sloppy haircut, a holey tee-shirt, jeans that should have been thrown out five years ago, and a patchy unkempt beard. The grungy hipster has got to go…

Not that these are men who generally give two craps about fashion, but it should be said that this look is dead. It was okay to walk around looking like a potential vagrant a few years ago, but in 2016 the refined look is in across the board. Everyone from rappers to rock stars have cleaned up their act. The grungy hipster has evolved into a man who looks like he bathes more than once per week and takes pride in his appearance. Thumbs on up on that evolution from my end! Unfortunately, there are a few stragglers who missed the memo.

For these guys, let me bring you up to speed on the new hipster uniform (see below):

This is obviously the abridged version of 2016 hipster style, but you get the idea. The main point is for everyone to know that we have moved on from the dirty grunge look. If you are going to embrace hipster style, stay up-to-date fellas! We’re polished now.

**Lex answers reader questions on Tuesdays or Thursdays. All reader submissions are anonymous.