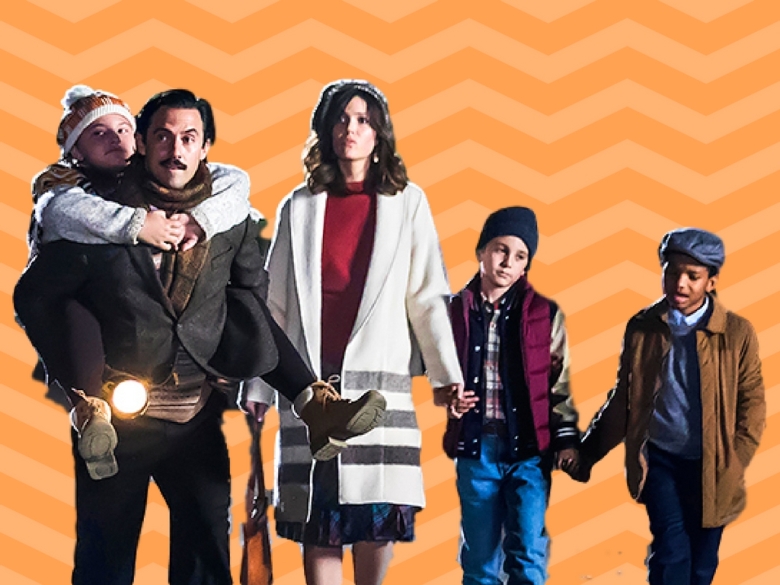 I come from a long line of criers (a.k.a. my parents). A touching viral video, a news story, and a scene in a movie and/or television show can make me weep. This probably comes as a surprise to many because of what can come off as an icy exterior on my part. Don’t let the RBF fool you, on the inside I am big sensitive marshmallow.

That is why I am so obsessed with ‘This Is Us’. That show has about a 98 percent cry rate. As in there were maybe two episodes where I did not shed a tear. Can we all agree that is weird/amazing? Many of my favorite shows have had tearjerking moments, but there isn’t another one that has made me cry MOST of the time (and sometimes after the fact just thinking about it). Nothing comes close.

The tears are real. Not sappy moments orchestrated to make me cry, but relatable life moments that bring on a rush of intense emotion that I cannot believe a TV show would be able to elicit. Now that the season is over (le sigh), I have to share why I love it. For no other reason than this was too long for a Facebook post?

While the story (which I won’t ruin for you if you haven’t watched yet) is crazy when you sit down and describe it to someone, it is probably the realest show on television. It’s about the dissecting the moments each character has. Those moments are more human than anything I have ever seen. The aforementioned tears are because it makes me feel. Mindless binging is impossible with this show.

There is something about this show that is so unbelievable relatable. Maybe it is because we have all experienced family troubles, losses, and triumphs. Maybe it is because there are no one-dimensional characters to be found. There are some shows you hate watch. All of the characters are flawed and unlikeable (i.e. Girls/Sex In The City). In this show all of the characters have their flaws, but their flaws make you want to root for them and see them succeed. By the end of the season you feel such an overwhelming connection with all of them.

I literally had no idea what would happen next. Each character’s journey is windy unpredictable road. There are no cliches. This show is not afraid to get messy if need be– which (not to get philosophical) is much like life. Life isn’t perfect. The writers really know what they’re doing.

There were definitely devastating moments, but a lot of the best moments on this show were heartwarming ones. It reminded you about the good in the world (much needed as of late). The family this show centers around is not perfect by any means, but the love they share for each other can literally make you (and has made me) weep.

As in many other shows, some cast member give stronger performances than others. What is different about this show is that there are no weak performances. I associate Mandy More with ‘A Walk to Remember’ and Milo Ventimiglia with ‘Gilmore Girls’. Classics in my book, but not known for the amazing acting. Both actors shocked me with their range and ability to pull me into the story. The rest of the cast was equally amazing, if not more.

Lastly, there is nothing cheesy about the show. It’s not like some family dramas/sitcoms where every episode has moral to the story. Lessons are learned, but every episode is not wrapped up in a pretty bow at the end. Each episode is compelling and leaves you wanting more–typically without a crazy cliffhanger.

Thank you for puffy eyes and all of the feels ‘This Is Us’. Counting down until next season.

Did YOU watch ‘This Is Us’?