If you’re my age, you remember Teyana Taylor on MTV’s ‘My Super Sweet 16’. She wore a crazy colorful dress (so on trend for the time), was escorted out by shirtless men while in a life-sized Barbie box, and performed fabulously for her guests.

Teyana has been in the music industry in the years that followed, but what made her a household name was her sexy oiled up choreography in Kanye West’s music video for ‘Fade’.

Like girl, who is your trainer and are they taking new clients? What do you eat? Who taught you those moves? Just kidding on the last part. That’s raw talent that cannot be taught. Anyway, it gave me literal goosebumps and put Teyana Taylor on the map.

Post ‘Fade’, I am still a fan girl, but she hasn’t had a moment quite as big. That was until this season of New York Fashion Week. In case you missed it, Teyana Taylor shut it down. She didn’t do it once. She didn’t do it twice. She did it THREE times.

First she gave us all the right amounts of extra during the GCDS S/S ’18 runway show.

Then she gave a ‘Fade’ reminiscent performance along side rapper Future at the Philip Plein S/S ’18 show.

Lastly, she opened the The Blonds S/S ’18 show and added some extra meow into the catwalk. 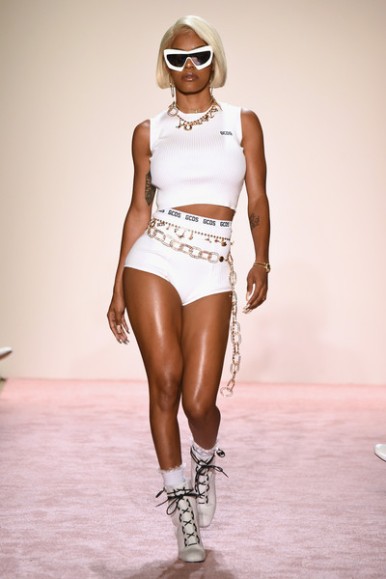 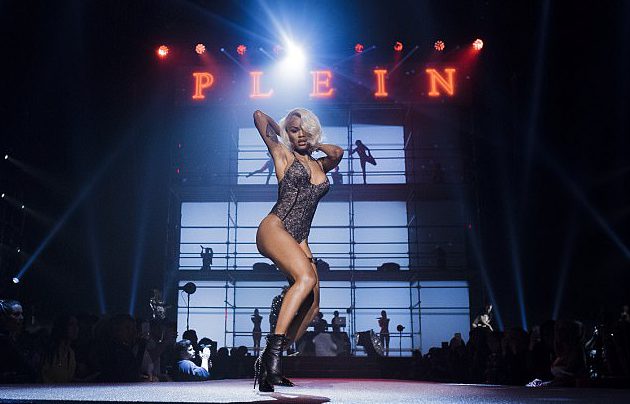 As fashion week in New York comes to a close, I would like to personally thank the fashion gods for giving us Teyana Taylor (as well as life) this season!